Three orientation programmes for college students were held at Birendranagar and Vidyapur in Surkhet district on 1 and 2 June 2017. 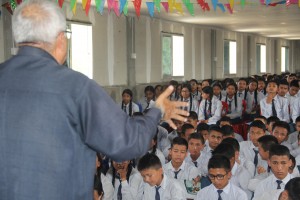 As part of Strengthening Citizen Engagement in Anti-Corruption Efforts (STREAC) project, the programme was organized by Centre for Media Freedom (CMF) in collaboration with consortium partners Development Communication Society Nepal (SODEC) and Nepal Center for Contemporary Research (NCCR) and with support from Governance Facility.

The students were provided with educational materials, reference resources and informative kits on anti-corruption and accountability. They were also shown enter-educative TV programme “Seedha Baato” prepared by comedian Jitu Nepal and his team.

Prof. Rama Krishna Regmee, who has conducted many independent research projects on anti-corruption and is a seasoned media professional and instructor, gave power point presentations about definition, types and impacts of corruption and students’ role in combating graft in all three programmes. 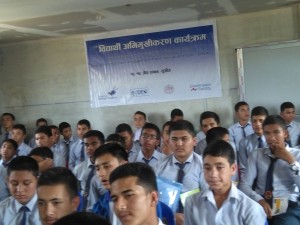 Similarly, experienced investigative journalist Mr. Rameshwor Bohara gave practical examples of graft practices and also made students familiar with some of his own reporting on malpractices. He encouraged students to raise voice against graft.

At Eager Bridge HSS, Mr. Jang Bahadur Dangi, Acting Chief of Commission for Investigation of Abuse of Authority in Surkhet district, requested students to report any corrupt activities to his office. 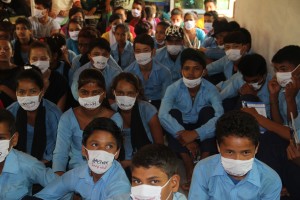 The students had intense interaction with experts during the orientation programme. Students in all three programmes enjoyed the TV programme and other audio-visual materials as well as expert’s presentations.

A participant, Umesh Baral of Eager Bridge Higher Secondary School, was inspired to compose a poem on anti-corruption after listening to experts’ presentations which he read out towards the end of the programme. He also asked them about student’s role in fighting against corruption. 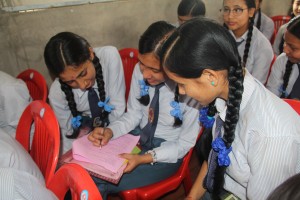 In the course of the programme, pre-test and post-test questionnaires were administered to students before and after the orientation to gauge their knowledge level of anti-corruption.

At the end of the programme, students in Janata College, Vidyapur initiated their engagement against corruption. To that end, they formed a loose alliance to carry out different activities on anti-corruption measures like eassy writing, debates and awareness campaigns among others.