The interaction program in Bagmati was organized on 3 February and was centered on the theme “Duty, responsibility and jurisdiction of locally elected representatives and operational system”.

Local government expert Guru Subedi stressed on the importance of establishing a system in functioning the municipal government. He talked about the legal aspects of duties and responsibilities of office bearers. 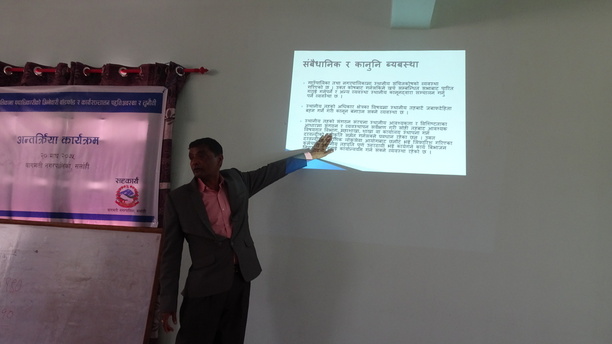 Chief Administrative Officer Bimal Prasad Pokhrel said that the municipality has followed operational system to the letter but accounts committee is yet to be formed. 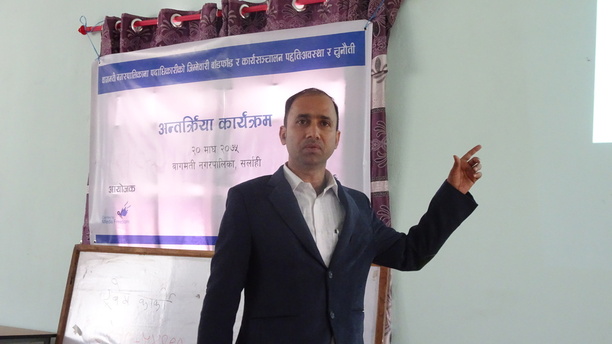 All the chiefs of 12 wards in the municipality said that they have properly distributed roles and responsibilities of all office bearers as required by the laws. 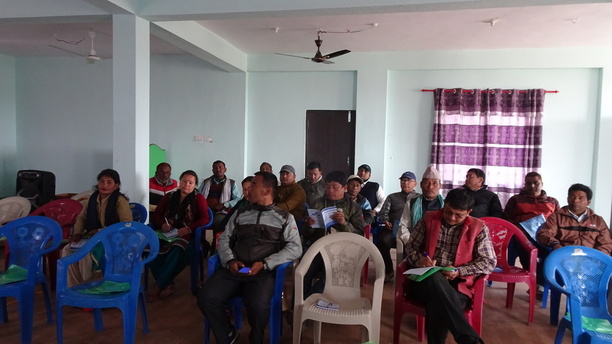 Mayor Bharat Kumar Thapa listed some remarkable works carried out by the municipality and emphasized that he had ensured that operational system has been followed. 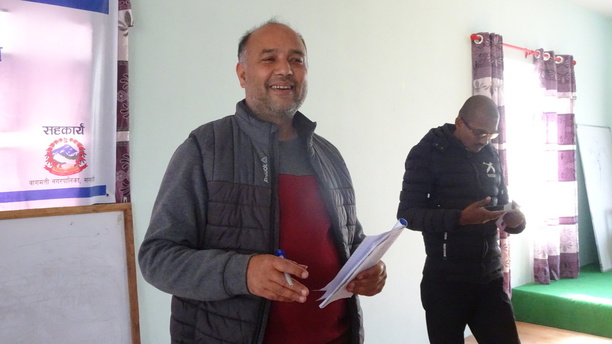 The next interaction program was organized in Bardibas on 11 February and was centred on the theme of “Decision making process in Municipal Assembly”.

Local government expert Dr. Narayan Bahadur Thapa gave a presentation on the theoretical part of the decision making process in municipal assembly. He stressed on the importance of treating the assembly as seriously as the parliament.

Deputy Mayor Krishna Maya Gautam said that she presides over six committees and all the development plans made by the committees are tabled at the assembly for deliberation.

Rajan Dhungana, Chief, Ward no. 3, said that he ward members still need to have clarity about the process of conducting the assembly. 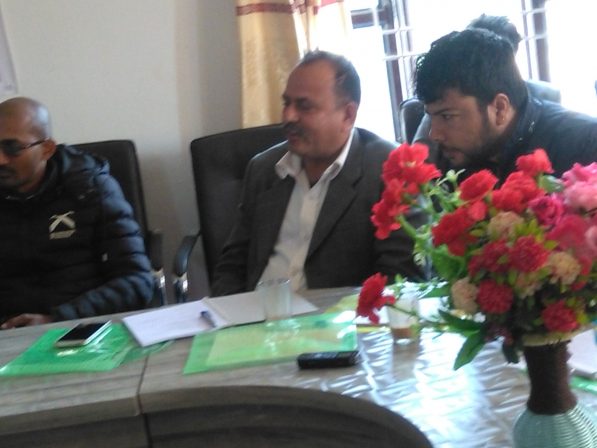 Lilamani Acharya, member of Civil Society pointed out the tendencies of some executive members of the local government of speaking against the decisions that they themselves have voted for. 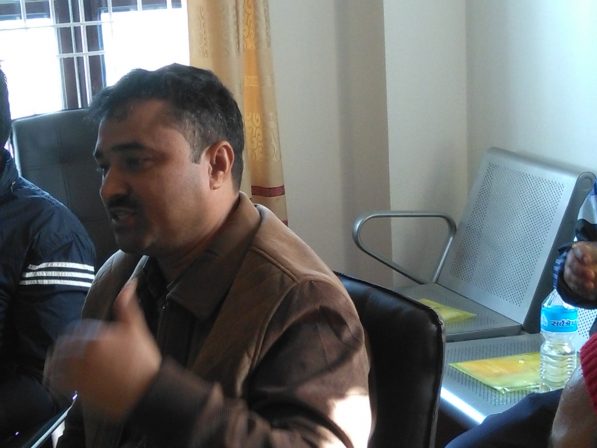 Mayor Bidur Karki said that nothing has been done in violation of laws and regulations. He lamented on the fact that there was a challenge in asking the assembly members to be concentrated on a topic. 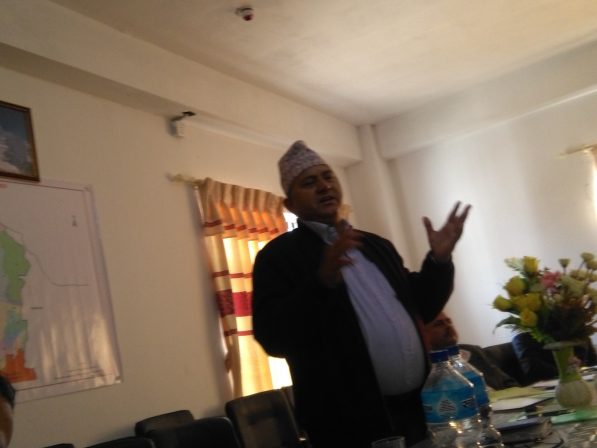